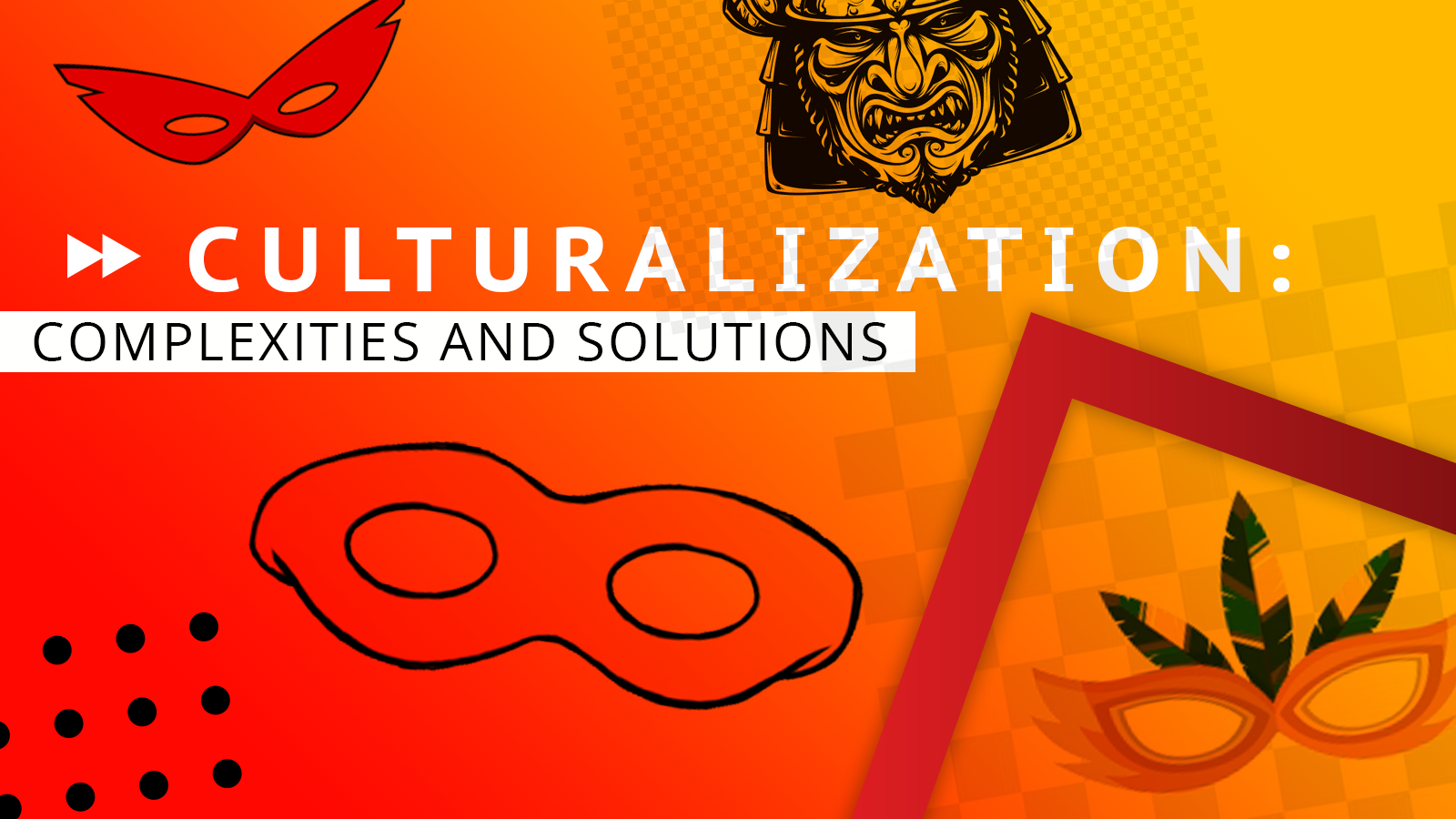 This is our next installment of expanded and fleshed-out material from the How Games are Made podcast. Today we have a conversation between Nadya Lynova, Alexey Medov, and Sergey Galyonkin about the nuances of cultural adaptation of a game, when it turns from one game into a completely different one in order to appeal to players from other part of the world.

What is culturalization in a broad sense? It’s making a project fit into the cultural code accepted by the target country. During this integration, a game can undergo many different metamorphoses. The setting, characters, and even the storyline may change.

If we localize into Russian, it doesn’t mean that we thoroughly explain the content, because it still carries the cultural code that it was originally created in. It’s a different matter when it’s a very specific product (in this case, we were translating a game about the Three Kingdoms, which is part of Chinese history), when we realize that if we leave everything as it is, Russian players’ brains will explode because we know almost nothing about that part of history, and it’ll be almost impossible to keep track of these three hundred Chinese generals and their relationships. Something like this can ruin any potential interest in the product itself.

This is an interesting point, because localization from Chinese is based on an entirely different fundamental canon: The Three Kingdoms, Journey to the West. In China, there are three fundamental works that everyone knows so well that if you woke a Chinese person in the middle of the night and asked about the relationships between characters in one of these books, they’d give you an immediate answer, because for them it’s like Mumu for Russians, or like the Bible for anyone raised in Christian culture.

When the Chinese construct a story, it is built on this foundation with the understanding that the audience already knows the relationship between any given characters. And sometimes they want to add some clever twists to the story, so that even with all your background knowledge you would still be interested. But for an audience outside China that doesn’t have that background knowledge of what’s happening between the characters, it might as well be ancient Greek.

How can you localize this? I think it’s nearly impossible to localize.

NADEZHDA: Yes, it is a very complicated task. Our goal is to make the content clearer and more understandable for Russian players.

We do a draft translation from Chinese without making any adaptations to gain an understanding of how the characters interact, especially if the game is an MMORPG with character development, where a character’s role in the game may transform after several updates in.

First, we translate all the content to understand what correlations there are. Then we look at what definitely needs to be adapted to be  understood, or what we can change slightly while preserving all the connections.

So, at this point we end up with a backbone of mechanics, all the game interactions, and main character profiles, while the storyline and side quest lines can be rewritten to make the story clearer and closer to Russian players. Names and geography can be also rewritten to evoke associations in the Russian audience without having to bore them with endless facts and details about Chinese culture that are irrelevant to them. The main principles of how the storyline develops and tangible elements of the game mechanics remain unchanged.

It’s important to note that this was a strategy game set in the Three Kingdoms. It’s a very specific point, because it’s about the history of Ancient China, which no one in Russia is really familiar with. But it’s also important to remember that, in itself, this strategy game isn’t an educational project, and is designed to be fun for its Chinese audience as well. But for us it would be like tackling a dense historical tome like One Hundred Years of Solitude where are tons of names and everyone dies.

It’s important to understand that in cases where these setting and cultural codes are not really vital to the game, then you can change it however you want: replace things, invent your own content, if you want to, and are talented enough and willing to expend the effort. But there are very specific, complex “nerdy” games where, on the contrary, it’s crucial to preserve the cultural code down to the smallest details. For example, historical games that reproduce historical events, characters, and historical details extremely accurately. In these situations the goal is absolutely the opposite: don’t leave out any of the cultural code.

It’s a different kind of work, because this cultural code is foreign for us as Russian translators, and this leads to having to do serious research, which begins before we even start translating. In this case we need to make sure we’re focused on sticking to the goals, as this is more than just two approaches to one product, it’s different approaches to different products.

We hope that this conversation with Nadya, Lesha, and Sergey helped you understand some aspects of localization, and if not, don’t worry. Just write to us at order@inlingogames.com and we’ll explain the rest.