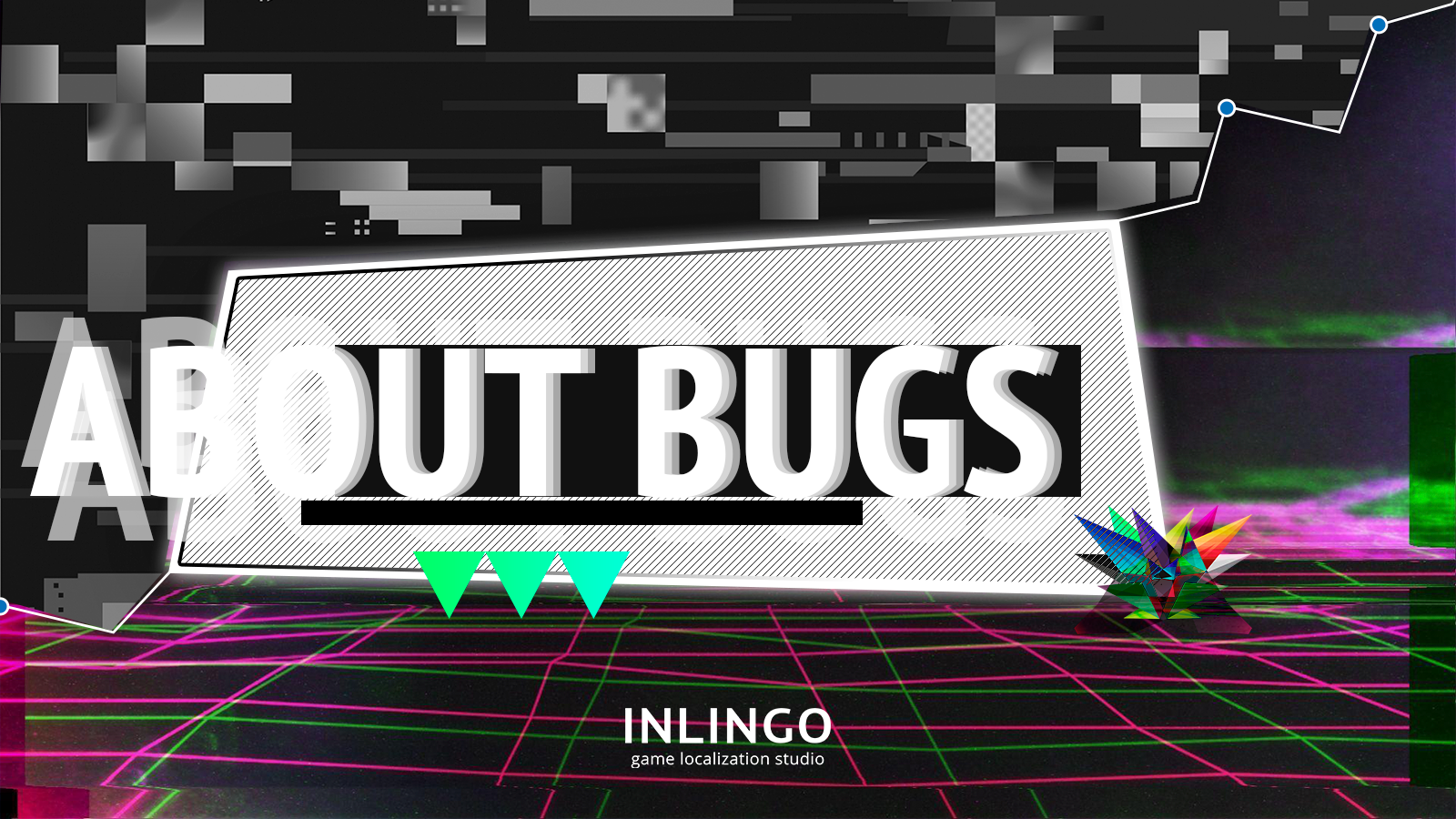 Today we have a piece about the different types of bugs found in games and some examples from a professional game tester. We’ll tell you what kind of bugs there are and how they are categorized, and we’ll also show you some gifs of the funniest examples.

Sid Meier once said that a game is a series of meaningful choices. So, before a game is released to the public, the tester needs to make sure that all the choices in the game are meaningful and work correctly— or work at all!

Game mechanics can be defined as a set of rules that a game follows, and the mathematical model behind these rules. Together with level design and the player feedback system, these three pillars make up gameplay, which is what players base their impressions of a game on.

Bugs and mistakes show up in each of these stages, since a game is a multifaceted project worked on by several people (and when it comes to AAA projects, several dozen people). So it’s pretty easy to make a mistake in one of the components of the game.

Today we will touch on not only localization but also functional testing. Our expert and head of the testing department, Andrey Vasilyev, will help us.

To successfully identify bugs, you need to systemize them. Divide and conquer.

So, game bugs can be classified into the following categories:

Bugs related to the game itself:

Bugs are assigned a criticality rate—some are fixed with high priority, and some might even be left in the final release:

Bugs are differentiated based on the affected party. That is, whose usage of the product they will hinder the most:

What determines the number of bugs in a game?

Seriously, what? Why do some games have an absolutely enormous amount of them even in alpha testing (looking at you, No Man’s Sky), while others have almost none? It’s pretty simple.

Connecting the number of detected bugs to genres

In the risk group:

A good example of how players put the game under pressure. Skyrim is a record holder in this sense.

It’s relatively easier to test games where the player’s actions are limited—they can actually be thoroughly tested in the allotted testing time. This mainly includes casual games:

There are points in a location that are inaccessible by the player. Getting stuck in textures fits in here. And it would be fair to note that we get stuck not in the texture, but in the geometric model, since a texture is just a picture. So, the level designer made a mistake somewhere and made unnecessary doorways and steps, then the hero’s leg got stuck and, trying to obey the laws of physics, starts doing the unimaginable

These include all errors related to control and direction elements. They can happen if calibration is incorrect and you cannot change the sensitivity of the mouse or analog sticks in the settings.

Game balance is a qualitative characteristic that determines the balance of game components and values, and also supports interest in the game. The very creation of game balance is associated with constant testing, so a mistake here can be considered as just incomplete testing.

Some examples of poor balance could be a weapon so strong that it’s pointless to use any other, or a level design that allows you to gain an advantage at a certain point on the map without risk. In short, any miscalculations in the balance that make the gameplay uninteresting in the long term.

So, what bugs have you encountered? Tell us in the comments, let’s have a laugh.

If you are a developer and want to make less of these mistakes in your project, please contact us at order@inlingogames.com, and we’ll figure something out together.

And in general, put your games in the hands of professional testers, and may you have less bugs in your finished products: not all of them will become legendary, like the famous “Geddan”: