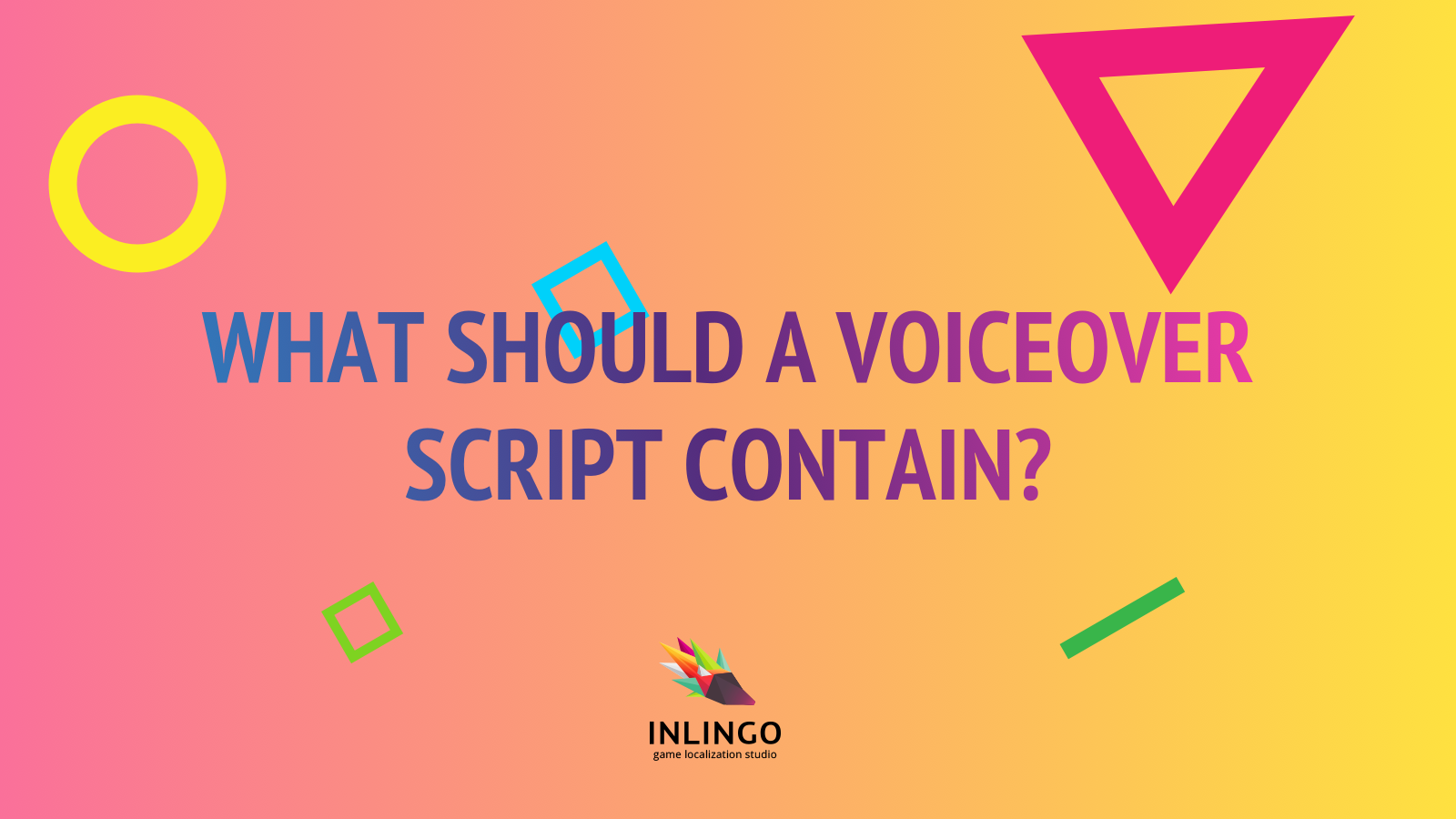 We already detailed the voiceover process in an earlier post, so now let’s talk about a more specific part of it: the voiceover script.

The script is, to use a localization term, a LocKit for voiceover. Generally, it’s an excel spreadsheet filled with well-structured information for the voice actors. It’s a little bit different from the traditional idea of a dialogue script that you might use for a play or a movie, however. Here are 5 important criteria of a good voiceover script.

What should your script contain?

And that’s it. Now you know what a voiceover script is and what goes into it. Want us to handle the voiceover for your game? Write to us at order@inlingogames.com.