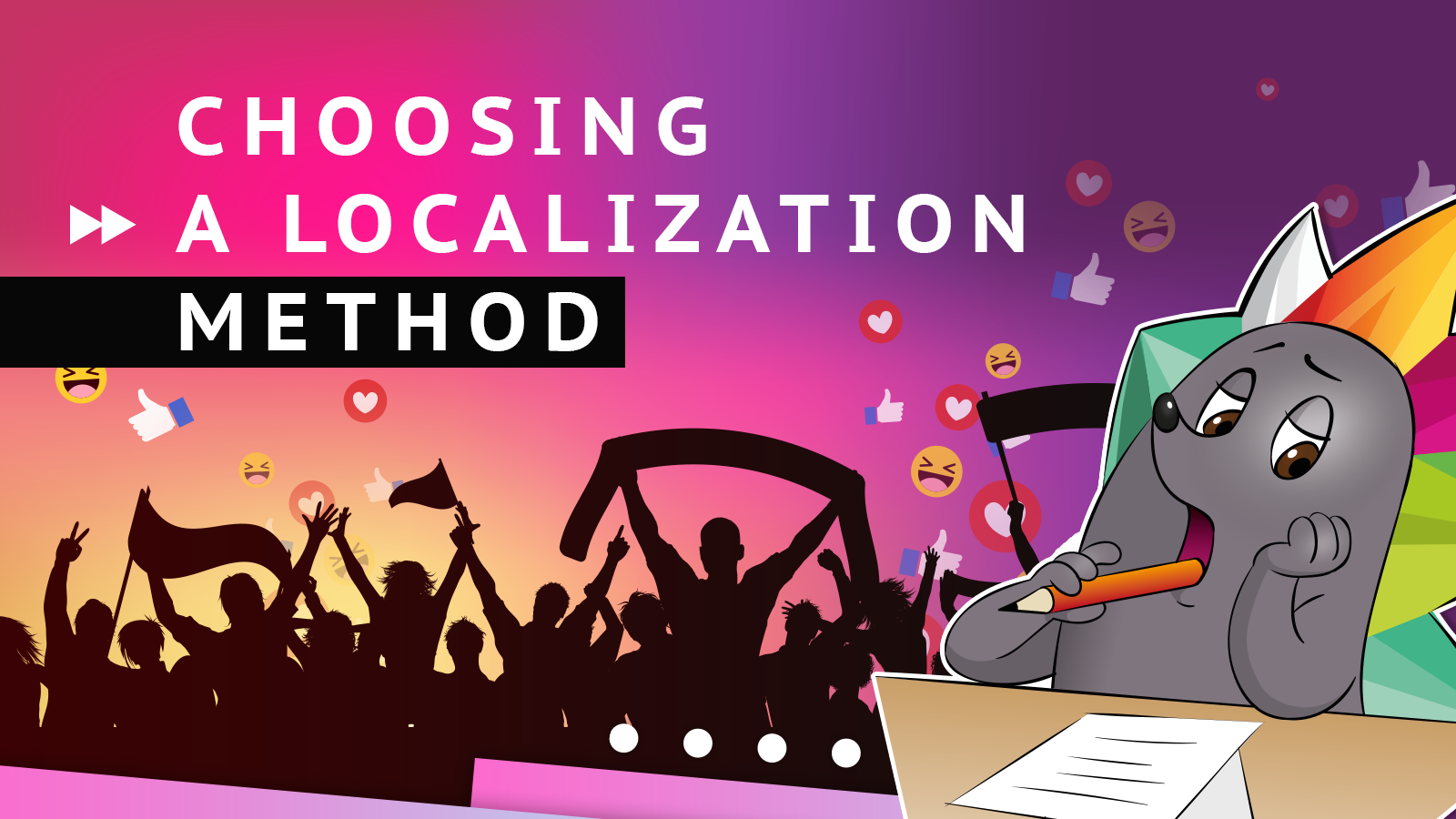 Who does a game start with? With the developer. They create the product, and then are faced with the question of distribution: how do they get the product to reach the players? This raises another question, the question of maximum coverage. Generally, this stage is the perfect time to think about localization.

The subsequent choice is based on financial availability. There are three options.

The primary benefits of this option are that you can personally control the situation and directly influence the process.

Option 2. Delegate localization and promotion of your game to a publisher

The publisher option is better if you don’t quite have enough budget or want to cut costs.

You might work with one or several publishers depending on which markets you want to enter with your localization. The developer may choose one publisher for Russia, another one for Europe, and a third for Asia, and the localization process rests on the publisher’s shoulders.

There are some exceptions when there’s a developer + publisher “team”, and the developer provides the publisher with ready-made translations, but more often it is the publisher’s job to localize for one or several markets. And everything is similar to the way it is in the first option: the publisher may have their own localization department which collaborates with translation agencies or freelancers, or has their own staff.

As a rule, in this situation the publisher is also dealing with the ever-important task of distribution, which is convenient and economically smart if they have experienced with distributing games in your genre. That is an important clarification, because otherwise the game may meet with failure.

Once again, if you don’t have the funds, there’s one more option to resolve your localization problem. Appeal to your fans. Fans are a community of people who love your game in a particular country. They generally don’t care about portfolios; their goal is to localize a game into their native language if the developer can’t spend money on doing so. Such was the case with Bioshock Infinite and its localization into Russian, which the fan community handled perfectly with minimal errors.

But with this localization method, it’s important that the game is already popular in a given market, and you should have an active game community that really wants to get involved with localization. We’ll tell you more about fan-made localization in our upcoming articles.

So, it turns out that there’s no clear answer to this question, and everything depends entirely on your goals: if you’re confident in your ambitions and finances, establish a localization department and do it on your own, or find a publisher for your title if you’re an indie developer and don’t want to face large distribution costs. Or maybe even find some talented translators among your fans. The choice is yours.