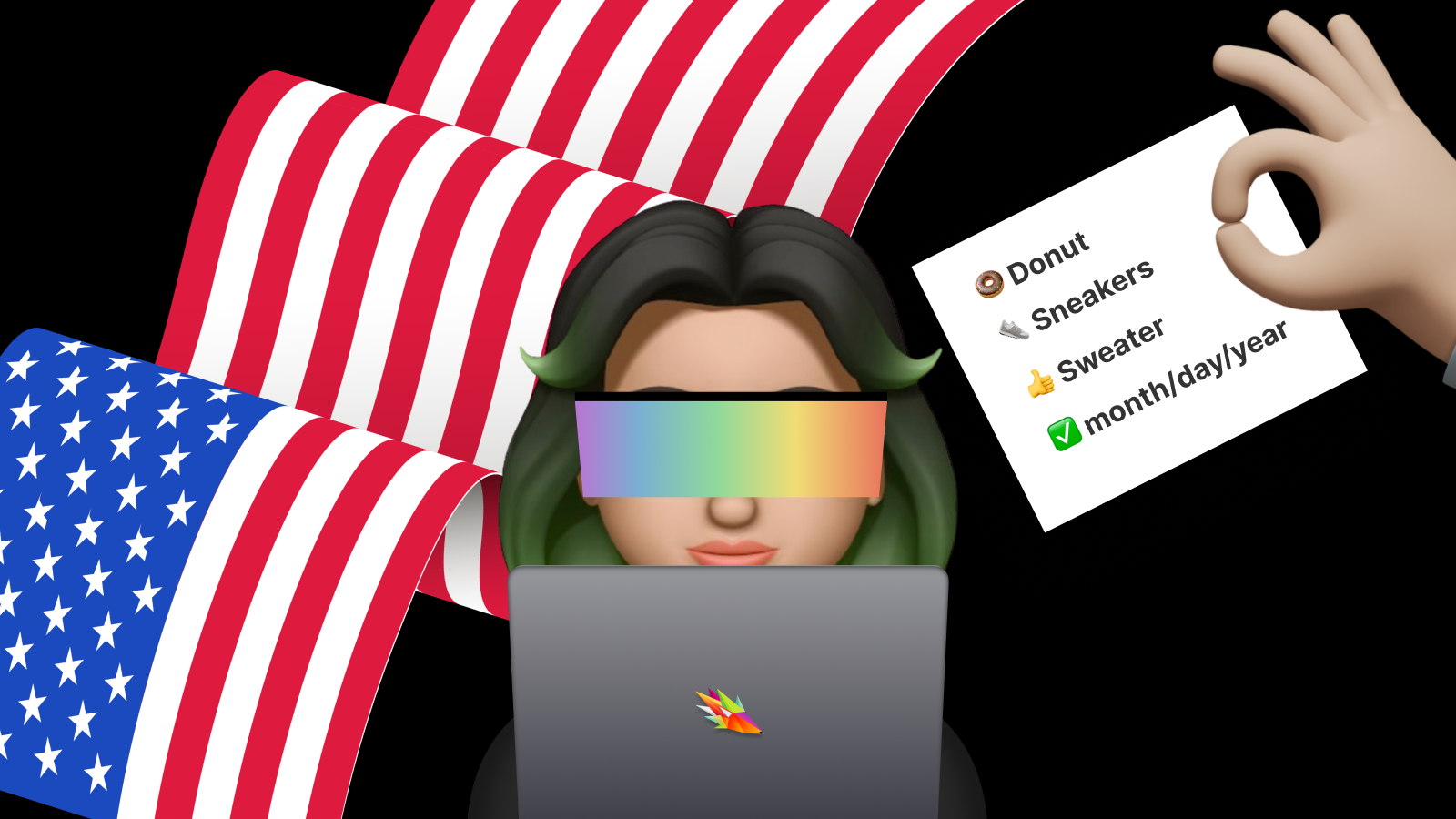 Americans are a very grateful audience in which gamers are willing to pay well for games they like. That is why many developers make America their localization priority. But what is the best way to do that? We will discuss the features of the language, the non-standard date format, taboo subjects, and important cultural differences.

We adopt simplifications and use analogs

One of the main differences between American and British English is that they use different words for the same concepts. For example, Americans say “sneakers” instead of “trainers,” or “sweater” instead of “jumper.” Are these substitutions critical to understanding? No. Will players think the developer made the game for a different market? Maybe.

Another important nuance is the use of simplified spellings. British English uses a lot of spellings that migrated from French. Many vowels in French words are not pronounced, so Americans decided to make life easier—some words completely went out of use, and unpronounced vowels in others simply disappeared.

For example, we have “doughnut,” and “donut.” That is the same treat with two different spellings. However, while you might still occasionally encounter the “doughnut” spelling, other simplifications have become firmly established in the language. Instead of “theatre,” in America we see “theater,” they use “color” instead of “colour,” and “flavor” came to replace “flavour.” Basically, write it like it sounds.

We change the date format

Kim Jong-un, born 01/08/1984. You may think he was born on the 1st of August, but that is incorrect. The correct answer is January 8th. An American will read the above date correctly every time, but only if it is written in this exact format. You should forget about *day/month/year* and remember this new order automatically understood by Americans—*month/day/year*.

Imagine your game is being released on 10/11/2021, which you joyfully announce on Steam. The news reaches America, where a group of fans has already taken time off work to play it. But they did it for October 11th, not November 10th. You are bound to disappoint someone—get ready for angry reviews even before the release. Always remember—the date is important!

In 2020, there was a wave of protests across the US after the killing of George Floyd. Issues surrounding racial and ethnic discrimination are particularly tense right now. Here is a list of topics that must be treated very carefully:

However, entirely ignoring difficult subjects is not always the key to success. They can be addressed; the only question is how to do it. In certain cases, satire can be what saves you. Consider cyberpunk, a science fiction genre that has historically talked about discrimination and dehumanization of certain social groups. The main thing is to make intelligent content and always remember there is a very fine line.

Lucky for localizers, many American cultural phenomena are integrated into global pop culture and are quite familiar to you—tipping our hats to “Star Wars” and “Game of Thrones.” But this does not work in the other direction. We all know Kevin from “Home Alone”, but what percentage of the American audience has ever heard of Zhenya from “The Irony of Fate?”

Obviously, cultural differences go much further than cinematography and create problems for game localization. Preserving cultural references in a game that are obvious to any Russian speaker will often make the game feel foreign to the average American player.

Stay with us to read more about the aspects of translation, watch interviews with industry professionals, and review localization cases in real projects—find it all on our blog.