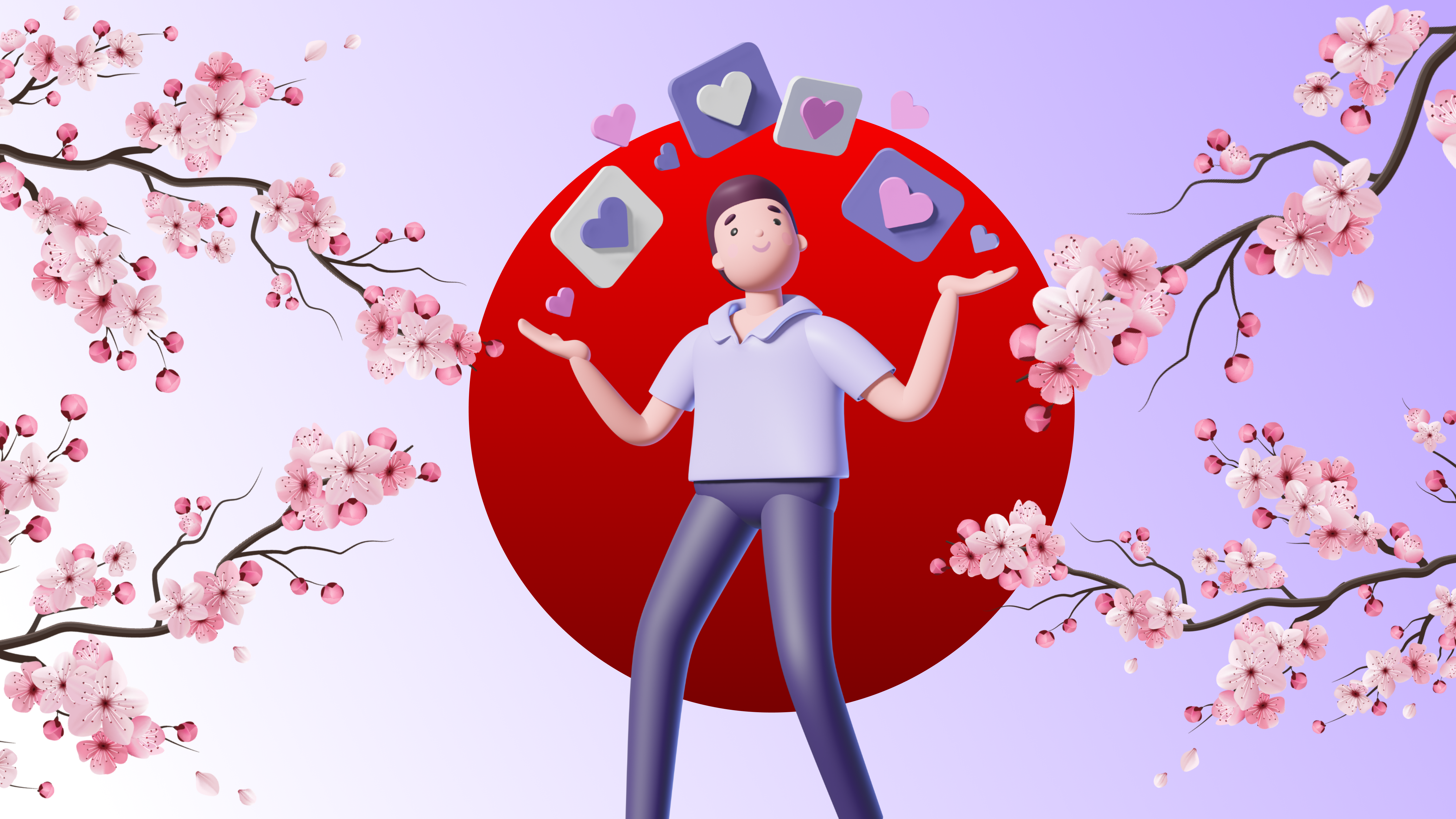 Translating into Japanese is a challenge for localizers and developers alike. Editor Aleksandr Diubenko explains how to prepare a game for linguistic adaptation into Japanese: why to calculate string limits, why characters need biographies, why tags shouldn’t be hard-coded into a game, and why English words may appear in Japanese.

Preparation for the localization process begins long before the actual translation of a text. During planning and production, a developer can put together materials that are useful for adapting their game into another language. This article will describe which materials will come in handy when localizing into Japanese.

Calculate limits for each line in an interface element

Developers usually set the same character limit for all interface elements. But this information is not enough to translate these elements into Japanese. The rule for fitting Japanese characters into a general limit is simple enough: a text will have half as many characters in Japanese as it does in English. However, correctly arranging this text into lines will be a problem if no specific details are provided. Translators need to know how many lines fit into an interface element and how long each of them can be.

Unlike in European languages, Japanese words aren’t separated by spaces. For this reason, the system cannot determine where one word ends and the next begins. Generally, once the limit of characters per line is reached, Japanese words are automatically split up and carried over to the next line in the interface. This way of dividing words results in errors and looks unsightly. Another automatic method is to decrease the font size until all the words fit in the line, but then it becomes impossible to read them. Both of these options look bad in games.

In order to be readable, the text should look like this

The most effective method is to insert line breaks manually. It is time-consuming, but it improves the aesthetic perception of the text. This is where character limits for each line come in handy. If these limits are specified in advance, linguists will consider how the text looks in a specific interface element during the translation process. At the end, all that will need to be done is spot-checking instead of inserting all the line breaks from scratch.

Often, the same phrase can be repeated verbatim in multiple interface elements, for example, in a dialog box and in an NPC quest. If the line breaks are inserted manually, then the phrase will be split in the same place in any interface window. The line break may look good in one instance, but not in another.

It’s best to avoid situations in which an identical phrase is used in different interface elements, for example, in a box that pops up when hovering over an item and, separately, in a list of all items in an inventory. It’s possible that the line break, if placed manually, won’t work in one of the variants.

The same word may sound different in different contexts. For example, you can “accept” a quest, a reward, or a license agreement. The light Japanese verb 受け入れる(ukeireru) will work in all these cases, but it will seem vague. This will lead to an abstract interpretation and make the user doubt that they are doing the correct thing. To avoid this problem, “OK” may be used in system messages, and “accept”, “got it”, or “thanks” may be used for quests or rewards. This way, the user will have a more intuitive variety of interactions with these elements.

The verb “continue” can be translated as 続ける (tsudzukeru), 再開 (saikai), or コンティニュー (konti nyu). Each option has its own shade of meaning: from the sustained and linear “continue” to the cyclic “resume”. You don’t have to assign a word with a different connotation to every interface element. A few options are enough to create variety.

Specify which character is speaking

Characters in Japanese games, anime, and manga have a unique way of speaking that depends on their personality, gender identity, occupation, and age. Women’s speech differs from men’s, and a chef doesn’t articulate his thoughts the same way a postman does, for instance. That’s why writing a line of dialogue that suits each and every character is an impossible task.

If a man’s and a woman’s dialogue get mixed up, unintended meanings may arise. For example, woman’s speech in a male character’s mouth can sound deliberately proper, affected, and unnatural. Sometimes most of a character’s lines are translated correctly, and just one is unlabeled. In this case, the final text creates the impression that someone has possessed the character.

Generally, developers know that they need to indicate the character speaking in dialogue strings, but sometimes the speaker is not labeled in tutorials or even tasks for the player. If the developer does not specify that a line belongs to a certain character, localizers will translate it as a system message, which will make it seem like a robot is uttering it.

Disclose as many details of the story as possible

In Japanese, the lexicon is more diverse than in European languages. For example, the English word “monastery” may refer to a Christian or Buddhist institution. A Japanese person will choose one of two terms based on this distinction: a Christian monastery is 修道院, while a Buddhist one is 僧院. The same thing occurs on all levels of culture, from clothing and dishware to architecture. That’s why the more references a translator has, the less likely it’s that “the mansion of the Master of Occult Sciences” will turn into “the hut of the supreme sorcerer”.

In addition, pay attention to Easter eggs and jokes. Japan has a completely different internet culture, so humor and references will have to be adapted. A player in Asia may simply not appreciate your idea if it’s not localized in consideration of how an Asian audience will perceive it.

An example of a cultural difference important to consider: in the city of Osaka, Japan people keep to the right side of the escalator so that others can pass them by on the left. But in Tokyo it is the other way around.

Make sure tags in strings can be moved

Tags are variables that can be replaced with text or a picture. Say, for example, we have 10 phrases in the same form: “Give Elsa the [some item]”. You could translate it from scratch each time, or you could use a tag to automatically insert the correct item into the phrase: flower, bracelet, chocolate.

Tags may be convenient for developers, but they can cause problems in translation. Every language has its own word order. During localization, it may turn out that a tag from the end of a sentence needs to be put in the beginning or in the middle: “Give the [some item] to Elsa”. If this isn’t possible, then the sentence will sound unnatural to native speakers of the target language.

Don’t be afraid of English words in Japanese text

In Japanese games, certain interface elements or notifications are intentionally not translated into Japanese. They are left in English. This is related to traditions that originated in Japan during the time of arcade games. Back then, Japanese programmers wrote game texts in Latin characters. Over time, Japanese text more and more frequently appeared in games, but some English terms have been left unchanged and are now a part of Japanese gaming culture. Generally, these are words that every player can understand: combo, player, start, ready, game over, map, item, quest.

Sometimes English terms may be written with errors and stay that way from game to game because that’s become the tradition. So, during localization, it is important to keep in mind that the English used in Japanese games is untraditional and to know where it’s appropriate to use English terms. This depends very heavily on the project’s genre, theme, and audience. For example, if your project is made in the style of an NES or SNES game, then you absolutely must leave some terms in English.

A localization team translates not merely words but interface elements, so an expert should understand where the text they’re working on appears in the game. For example, in Japanese, titles are traditionally written differently than body text. They are short

constructions without a case or verb system. To translate a title correctly, localizers need to see where the text is located and what its function is.

They can get a sense of the text layout from interface mock-ups, placeholders, or a game build. Take the time to provide as many references as you can. They will help in the translation process.

A localizer’s task is to adapt a project so that it is as close to the creators’ original idea as possible. But sometimes cultural and regional differences can impact how a game is perceived, which prompts changes to the narrative or visual content.

As they work on a text, translators may notice details that should be changed. For example, a reference that even a small child would recognize in American culture might not be understood in Japan. This is why you shouldn’t be afraid of editing the story or changing some visual details. Expert changes from the localization team will help make the game more understandable and appealing to a new audience.

Let’s summarize the main points in a checklist: